Valentine: "Do you like spy movies, Mr. DeVere?"
Harry Hart: "Nowadays, they're all a little serious for my taste. But the old ones... marvelous. Give me a far-fetched theatrical plot any day."
Valentine: "The old Bond movies. Oh, man. Ah, when I was a kid, that was my dream job: gentleman spy."
Harry Hart: "I always felt that the old Bond films were only as good as the villain. As a child, I rather fancied a futuristic colorful megalomaniac."
Valentine: "What a shame we both had to grow up."
Valentine: "Bon appetit."
―Valentine and Harry Hart talking at the table over some McDonald's product placement

Kingsman: The Secret Service is a British action/spy movie released in 2015.

During a raid in the Middle East in 1997, a probationary secret agent sacrifices himself to save his team. Blaming himself, Harry Hart, code-named "Galahad", delivers a medal for valor to the agent's widow, Michelle Unwin, and her young son, Gary "Eggsy", saying that if they ever need help, they should call the phone number on the back of the medal.

Seventeen years later, Professor James Arnold is kidnapped by Internet billionaire and philanthropist Richmond Valentine. One of Hart's fellow agents, "Lancelot", attempts a rescue single-handed, but is killed by Gazelle, Valentine's henchwoman, who wears prosthetic legs that are specially sharpened to double up as blades. Valentine secretly meets with various powerful individuals, some of whom go missing afterwards. He also announces a giveaway of SIM Smart cards, granting free cellular and Internet access forever to everyone.

In London, Eggsy is now an unemployed young adult living with his mother, infant half-sister, and abusive stepfather, Dean. Despite being highly intelligent and capable, he left training for the Royal Marines and lives the aimless life of a stereotypical chav.[7][8] Arrested for stealing a car, Eggsy calls the number on the medal. Hart has him released and tells Eggsy about his father - he was an agent of Kingsman, an "independent international intelligence agency" founded in 1919 by wealthy British individuals who had lost their heirs in the First World War.

With Lancelot's death, the agency has a vacancy. As Hart's choice, Eggsy joins the other handpicked candidates, including a woman named Roxy, whom he befriends. Training is overseen by "Merlin", a senior Kingsman. Eventually, only Eggsy and Roxy pass the rigorous selection process. Eggsy fails the final test, and Roxy becomes the new Lancelot.

During this time, Merlin notes that Arnold is no longer missing. Hart tries to extract information from the professor, but a chip implanted in Arnold's head explodes, killing him. Hart is injured escaping from unknown assailants. The signal that triggered the blast is traced to Valentine's corporation. Hart poses as a billionaire and dines with Valentine to try to ascertain his plans. During the private dinner, Valentine hints that he knows Hart is a secret agent, but lets him leave unharmed in order to secretly track his movements and learn more about his organisation.

Hart links Valentine to an obscure hate group's church in Kentucky. It is a trap; Valentine uses his SIM cards to broadcast a tone that causes everyone in the church, including Hart, to become uncontrollably violent. A mass brawl erupts, and Hart emerges the sole survivor. Eggsy, Merlin and Arthur — Kingsman's leader — watch via video link. Afterward, Valentine shoots and kills Hart.

When Eggsy goes to see Arthur, the then-current leader of Kingsman, he discovers that Arthur has a scar behind his ear, just like Valentine's other converts. Arthur slips poison into Eggsy's brandy, but Eggsy distracts Arthur and switches the glasses. Arthur, before he realizes he is about to die, repeats Valentine's reasoning to Eggsy: humanity is a virus plaguing the Earth, and global warming is the Earth's equivalent of a fever. Valentine and his followers believe that all of humanity is doomed sooner or later and they are simply accelerating the process in order to guarantee who lives and who dies. Valentine intends to broadcast his "neurological wave" worldwide to cause a massive culling of the human race. This would reduce the population enough to prevent further global warming and give humanity a chance to start over. Only those whom Valentine deems worthy of living — his allies, who have protective microchips implanted in their heads, and the VIPs he kidnapped — will be spared. Shortly afterwards, Arthur dies when he dramatically activates the poison that he believed he had given Eggsy.

Upon learning of Arthur's infidelity, Merlin decides to go after Valentine with only Roxy and Eggsy instead of alerting the rest of Kingsman because he fears that other agents could also be compromised. Roxy rides a high-altitude balloon into the stratosphere to disrupt Valentine's impending broadcast by destroying one of his satellites while Eggsy and Merlin infiltrate Valentine’s mountain bunker complex. Roxy downs the satellite, but Valentine gets a business contact to replace it and activates the signal, starting his cull and sending the world into a mad frenzy of destruction.

Charlie, a failed Kingsman candidate, recognizes Eggsy and blows his cover, forcing Eggsy into a gunfight with Valentine's henchmen. Eventually, both Eggsy and Merlin are cornered separately, but at Eggsy's suggestion, Merlin uses his access to Valentine's mainframe to detonate the security implants, killing all of the security guards and everyone Valentine convinced to join him. The only villains unaffected are the ones Valentine locked in his celebrity jail, Valentine himself, and Gazelle. Eggsy finally kills Gazelle after a fierce and intense fight, and then spears Valentine with the sharpened tip of Gazelle's prosthetic leg, ending the worldwide carnage as Valentine falls to the ground-floor and dies.

Eggsy later becomes a Kingsman agent, taking Harry's seat as Galahad. He offers his mother a new home away from Dean, who flatly objects to Eggsy's suggestion. Eggsy then waylays him in a dramatic bar fight that mimics Harry's behavior at the beginning of the film.

Kingsman: The Secret Service is the soundtrack to the film of the same name, composed by Henry Jackman and Matthew Margeson. It was released on CD on February 13, 2015 by La-La Land Records. 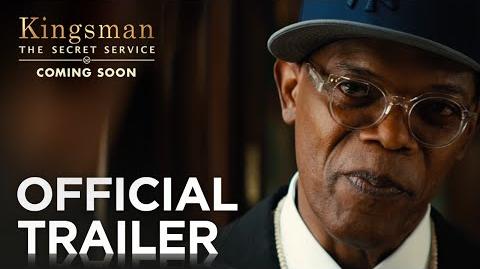 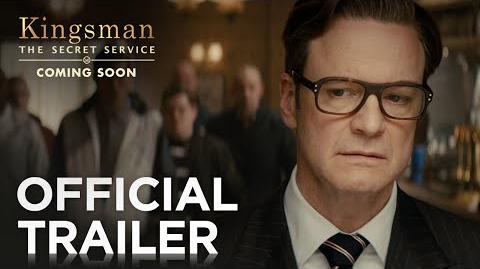 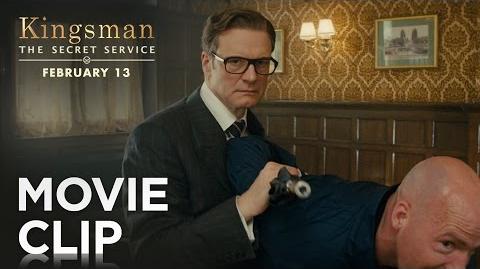 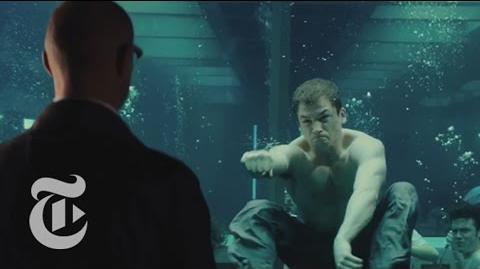 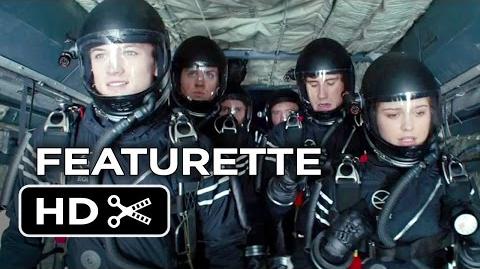 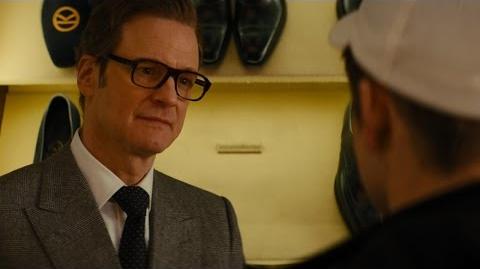 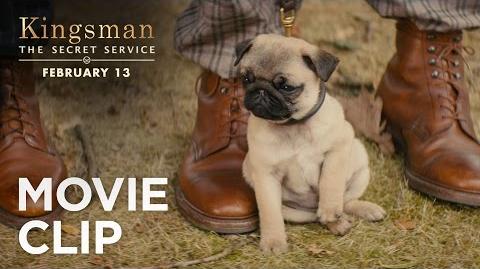 A sequel and the successor of the movie, Kingsman: The Golden Circle was released by Fox on 18 September 2017.

an: The Secret Service}}

Retrieved from "https://kingsman.fandom.com/wiki/Kingsman:_The_Secret_Service_(film)?oldid=9712"
Community content is available under CC-BY-SA unless otherwise noted.